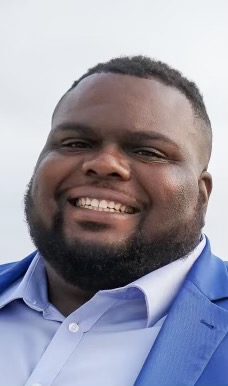 Antonio Ingram is a 2017 Fulbright Public Policy Fellowship alum and now works as a civil rights lawyer for the NAACP Legal Defense and Educational Fund, Inc. Before his current position, Antonio was a senior associate at a law firm, where he held a pro bono practice and represented incarcerated individuals.

In addition to his law career, Antonio has served as an editor for The Berkeley Journal of African-American Law & Policy and contributed articles on racial justice and diversity issues to several publications. During his Fulbright, he served in the Government of Malawi’s Anti-Corruption Bureau, working on policy initiatives and providing litigation support.

In his role at the NAACP Legal Defense and Educational Fund, Inc., Antonio works to ensure that communities of color have and maintain the right to vote and that redistricting maps are drawn in equitable ways. Read his Q&A below to learn more about voting rights, redistricting, and Antonio’s role in ensuring that all Americans are able to fulfill their civic duty.

As a former Fulbright Public Policy Fellow how did your experience in Malawi inform your current work as a civil rights lawyer at the NAACP Legal Defense and Educational Fund, Inc.?

During my time in Malawi, I served at their Anti-Corruption Bureau (ACB), helping the government rein in elected officials more focused on self-enrichment than the needs of their constituents. Malawi is one of the world’s poorest countries, a reality exacerbated by politicians impermissibly dipping into government coffers and international development funds meant to aid the poor. I lived in the capital city, Lilongwe, and witnessed underfunded and limited public schools along with understaffed and overcrowded hospitals. I realized the ways communities suffer when their voices are ignored by their elected officials. As a civil rights lawyer, part of my caseload involves voting rights cases. My experience in Malawi inspires me to promote voting rights because I have seen how communities without a political voice also become communities without resources. Since my Fulbright, my career has shifted from contending with corrupt politicians to ensuring that legislative bodies draw redistricting maps that are fair and equitable. Unfortunately, legislative bodies in the past and present have attempted to wield the power of redistricting to entrench the political power of certain populations and disenfranchise communities of color through preventing them from electing their preferred candidates. In my current work, my goal is to ensure that communities of color have the attentive ear of those who can allocate resources and opportunities to better themselves and their families.

Why is the right to vote fundamental to a well-functioning democracy?

It is not a coincidence that the post-Civil War Amendments expanded both citizenship and suffrage for some members of the formerly enslaved. The political leaders understood that democracy could not function if at least some Black Americans were not welcomed into the political process. The right to vote was not merely a symbolic act but allowed some members of the formerly enslaved to select leaders and advocate for laws and policies promoting their political, economic, and social well-being. Similarly, the right to vote currently allows an increasingly diverse electorate to do the same. In six states — California, Texas, Maryland, Nevada, Hawaii, and New Mexico—Black, Latinx, and Asian American people together now constitute a majority of the population.[1] It is the right to vote and the drawing of proper electoral districts that prevents the United States from falling into a system of political apartheid, where, despite changing majoritarian demographics, the interests of certain new minority groups override the will of the broader diverse electorate. Actions which strip communities of color of the right to vote will not just fray the seams of our democracy but will create an irreparable tear.

States across the country are now moving to draw new lines for congressional districts and for state legislative districts. What is redistricting, and why does it matter? How will redistricting impact our country in years to come?

Redistricting ensures that equal representation remains the cornerstone of the U.S. democracy and determines who has influence in the election of our representatives at the federal, state, and local levels. Redistricting determines not only the existence but the decibel level that communities of color have in voicing the support for their preferred candidates in the U.S. House of Representatives, state legislatures and local bodies. Redistricting matters to voters because where their electoral district lines are drawn may determine how responsive elected officials are to constituent requests, whom they can vote for and where they can vote. The allocation of political power for the next decade is determined by the composition and contours of the redistricting maps currently being submitted and enacted by legislative bodies across the country.

What is the difference between redistricting and gerrymandering?

Redistricting entails redrawing electoral district lines to account for population shifts since the last decennial census. It is a legal and constitutionally mandated process. Conversely, gerrymandering occurs when legislatures draw electoral districts to give one group or party an undue advantage over another group. Gerrymandering based on race, enacted to stifle the political potency of Black, Latinx, Indigenous, and Asian communities, violates the U.S. Constitution under both the Fourteenth and Fifteen Amendments.

As a lawyer for the NAACP LDF, how have you used tools of litigation to challenge gerrymandered maps?

Discovery, a process allowing lawyers to investigate and collect information from their adversaries by requesting documents, sending questionnaires, and conducting interviews, is one of the most powerful litigation tools that I use to challenge unconstitutional maps. In the context of racially gerrymandered maps, discovery allows me to uncover the truth about legislative proceedings. Document requests can reveal paper trails leading to evidence of impermissible racial discrimination in drawing maps. Interviews may demonstrate government officials willfully attempting to dilute the power of Black, Latinx, Indigenous, and Asian voters. I can then submit the information unearthed in discovery to courts and persuade judges to issue rulings invalidating racially gerrymandered maps and ordering legislative bodies to engage in constitutional political cartography.

What can Fulbrighters do to support voting rights in their communities?

We all must work to ensure that everyone has equal opportunity to access the ballot box.  There has been a lot of coverage of these issues in traditional and social media, especially surrounding the debate and failure of the John Lewis Act.  You can keep informed about these important issues by following and sharing reputable sources of information and calling out misinformation where you see it.  In your community, you can volunteer to serve as a poll worker or a poll monitor.  You should also attend local board of election meetings and help hold election officials accountable. 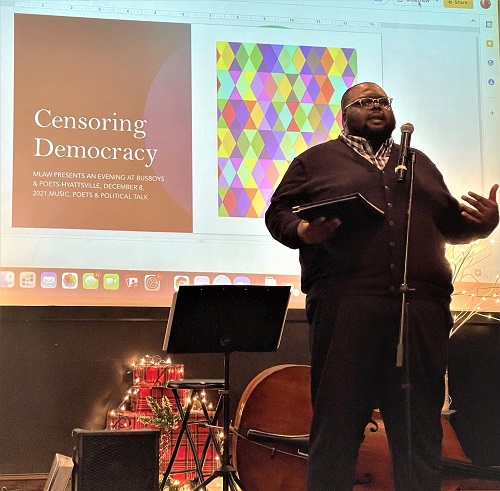