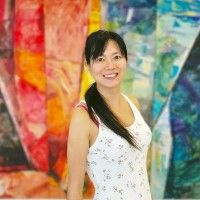 As an Asian woman, my presence in the Shakespeare classroom in London enabled students of color to see themselves and inspire them to study English literature. At Queen Mary University of London and Warwick University, UK, I conducted research for my book (Shakespeare and East Asia) while co-teaching a graduate seminar. The monograph examines post-1950s screen and stage adaptations of the comedies and tragedies. This book is being published by Oxford University Press in 2021.

I have since returned every year to the UK (until the global pandemic hit) for research, particularly Shakespeare in London. I have also won other fellowships in the UK, such as the International Visiting Fellow, Department of Literature Film and Theatre Studies, University of Essex (UK) in 2017. One of my students from George Washington in Washington DC went to study at Queen Mary in London! I have increased collaboration with UK colleagues and institutions.

Since my Fulbright in 2014, I have published four books:

None of this would have happened without the Fulbright. The Fulbright UK experience has been invaluable to my career and personal life. I met my boyfriend (and now husband) during my Fulbright year in London. He, like me, is a theatre enthusiast. We went to many productions and film festivals throughout London.